If you’re like most people, you take indoor plumbing for granted. But this technology didn’t spring up out of nowhere. In fact, the history of plumbing dates back further than you probably realize. Let’s explore when plumbing was invented and how it evolved over the centuries.

Many historians credit the Indus River Valley as the birthplace of sewers around 3500 BC. Even so, many different ancient civilizations had some concept of plumbing, including the Greeks, Romans, Indians, Persians, and Chinese.

While the earliest plumbing pipes were made of baked clay and straw, the Egyptians introduced the first copper pipes around 1500 BC. During roughly the same period, Minoan kings living on the island of Crete enjoyed plumbing systems complete with ceramic bathtubs and hot running water. These technologies soon expanded to the mainland and became a part of everyday life in ancient Greece.

Public bathhouses were another prominent feature of ancient plumbing systems. Roman baths, in particular, had elaborate steam rooms made possible by hot air pumped through channels beneath the floor. After the fall of the Greek and Roman empires, plumbing technology came to a standstill for hundreds of years.

Even in the early modern era, it took centuries for plumbing to become the industry it is today. Notably, Sir John Harington invented the first flushing toilet (aka “the John”) in 1596. Then, the 1600s brought about the first city water mains in America and Europe. These pipes were made of hollowed-out wooden logs wrapped in steel bandings. Underground sewer systems also replaced smelly, unsightly cesspools and sewage ditches, making waste transportation far more sanitary.

Philadelphia was the first US city to switch from wooden log pipes to a cast-iron system in the early 1800s. Chicago reached another milestone in 1855 when it became the first US city to install a comprehensive sewer system. Other important inventions like commercially available toilet paper, ceramic flushing toilets, and water heaters came in the years and decades that followed.

Between 1900 and today, the single most notable advancement was the introduction of PVC drainpipes in the 1950s. Plastic pipes, a response to the metal shortage following World War II, are still the most-used plumbing materials in the country. Water conservation laws also cropped up in the 1970s, 80s, and 90s. Today’s water-saving standards are stricter in California than any other state.

Clearly, plumbing has come a long way since the invention of sewer systems many centuries ago. Hygiene, safety, and conservation are built into most modern plumbing systems, even if we take them for granted.

The next time you need help maintaining your pipes, troubleshooting a plumbing problem, or tackling a plumbing emergency, turn to Parley’s PPM Plumbing, Heating & Cooling. We have over 40 years of experience providing exceptional plumbing services. Call us today at 801-226-3033 if you live in Utah County, or dial 801-229-2665 if you’re a Salt Lake County resident. You can also contact us online with any questions you have. 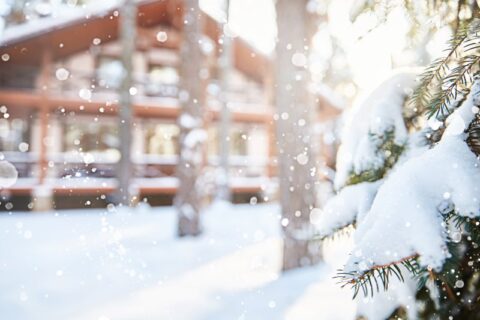 As chilly temperatures arrive in Utah, it’s crucial to prevent your pipes from freezing, especially if you plan to leave town. Frozen pipes can… 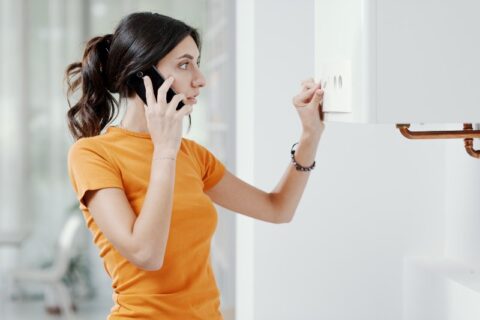 When the time comes to upgrade your home heating system, which type should you choose—a furnace or a heat pump? You may be more familiar with…

Let Us Give You a Hand!

Back to the top